Williams Plan Back To The Top 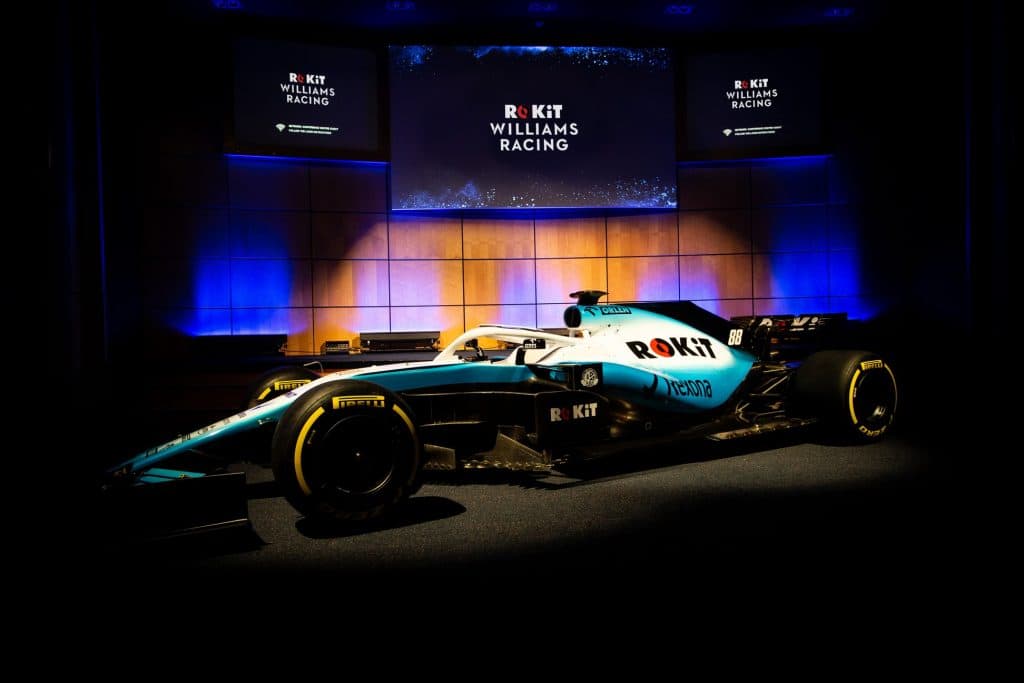 With a new car for 2019, the FW24, Williams has high hopes to bring the team back to the front of Formula 1.

“I don’t see why we can’t fight for fourth place in 2019 with the resources we have” according to Claire Williams (42) Williams’ deputy team principal.

“The past year has been pretty tough for us, but we’ve lost almost none of our team, and that shows the strength we have at Williams.”

Whether Sir Frank Williams’s daughter, truly believes in her own rallying cries is doubtful. Fact is Williams is on the decline.

The regular champion of earlier years scored meager seven points in 2018 and came in last in the constructors’ championship.

As a result of this disastrous season, Canadian billionaire Lawrence Stroll pulled the plug. He took his son Lance out of Williams and just bought him another team instead – the bankrupt Force India team.

At least, he compensated Williams with an estimated 60 million euros for terminating the contract early, which leaves the British team with some money to survive 2019.

Now it is up to the British rookie George Russell (21) and his experienced Polish team-mate Robert Kubica (34) to bring in urgently needed points.

Reason: Every point counts not only to attract sponsors but also the money each point represents for the team – millions of euros. Already one place higher in the constructors’ ranking can mean a difference of seven million euros more price money from F1 owner Liberty Media than the bottom team would receive.

Especially a lot of hope rests on the talents of British driver George Russell. Russell is considered an evolution of those boyish-faced simulator drivers who made inroads into F1 in recent years.

Exemplary students, first carefully nurtured and raised by their wealthy parents, then signed on by car manufacturers or other large corporations, who regard these boys just as financial investments.

These are boys who drive fast, are successful but have little to tell. They are already conditioned to just parrot whatever their PR departments are telling them to say.

Russell is the perfect example of such a new generation of “racing robots”. In 2011 and 2012 he became European Karting Champion. In 2014 he won the BRDC F4 championship. Then Mercedes took him into their junior squad.

And Russell always delivered: In 2017 he became champion in the GP3 series. In 2018 he won the FIA Formula 2 Championship.

What fits into the whole narrative of perfect student and clean image, Claire Williams was impressed when she saw Russell taking notes in his little, black booklet at a factory visit last year: “That was impressive. I’ve never experienced anything like that with a young man.”

However, she forgets to mention that her team didn’t have much of a choice. More than just Russell’s raw driving talents and perfect attitude was engine partner Mercedes’ financial support that came with hiring the young British driver – f million euros according to our sources at F1 Insider.