Vettel: “Almost flown off on the Nordschleife” 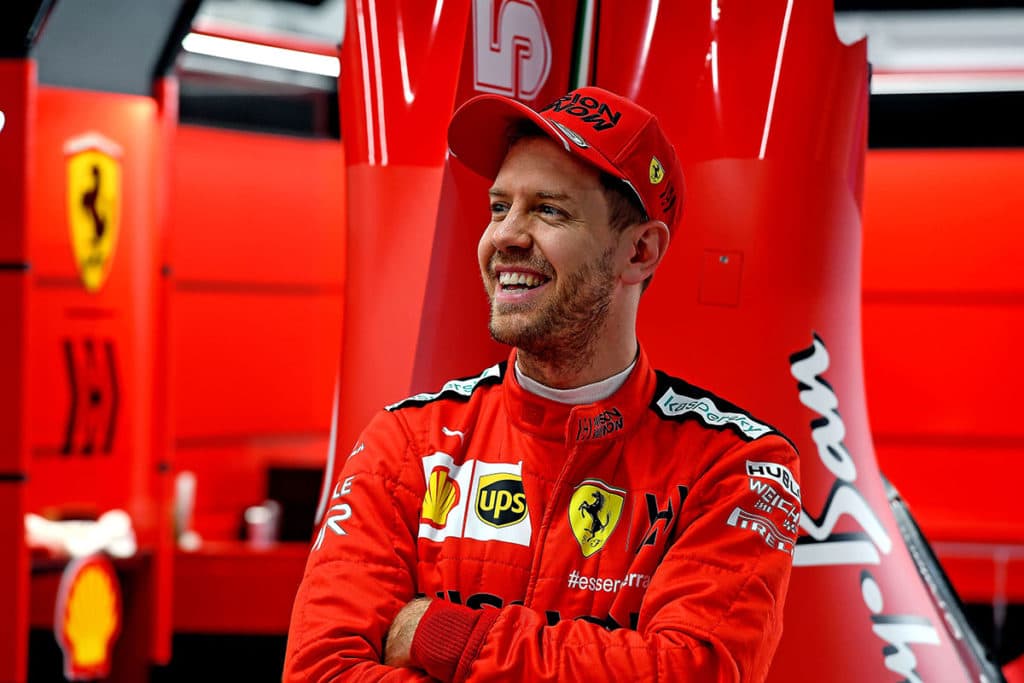 This weekend, the premier class is coming back to the Eifel (Sunday, 15.10 on Sky and RTL) – and with it Sebastian Vettel (35). For the German, the Grand Prix in Germany is also a return to his roots. Vettel started his formula career at the Nürburgring – and as a very young driver’s license holder he had to survive a hairy situation on the Nordschleife.

“Years ago, when I got my driver’s license, I drove my car to the Eifel region to take a lap of the Nordschleife,” the Ferrari star reveals. “It was a lot of fun. At least in the first half of the lap. At some point the brakes got too hot and I almost lost the car. Apart from that, I still like to think about the races in Formula BMW/ADAC, in the Formula 1 supporting program, which was a highlight for young drivers like me back then.

Because there the young Vettel could also meet his idol Michael Schumacher. “We BMW juniors were also allowed into the Formula 1 paddock,” he remembers. “Thanks to my connections to the Kerpen karting track and thus also to Michael, I was lucky enough to be allowed to enter the Ferrari box. I was 16 or 17 years old and was completely fascinated when I saw all those people dressed in red running around.

Vettel is sure: “The passion that Michael sparked in Germany later paved the way for my generation.”

And thus the way to four world championships – and one victory at the Nürburgring. In 2013, Vettel won the German GP in the Eifel and is thus the last Formula 1 winner in the Eifel. “I was deeply relieved then,” he says today. “I always wanted to win once in Germany. But here, after several attempts to win the Grand Prix at the Nürburgring, that was a great feeling.”

For racing purist Vettel, the Nürburgring is also a myth because of the Nordschleife. “It is one of the tracks we all dream about. But even though the possibility of driving Formula 1 on the Nordschleife no longer exists today; the Grand Prix circuit is an exciting and challenging track that should normally always be on the Formula 1 calendar. What a pity that this is not the case.”

The Nürburgring is a winner of the Corona pandemic, standing in for the overseas races that cannot be held. It also brings a piece of Formula 1 history back into the current season, for example Niki Lauda’s famous fire accident in 1976.

Vettel can also tell you about this. “I have spoken to Niki about this track a few times. But hardly about the accident. He told me that it used to be a pure adventure. At that time, there was no communication between the driver in the car and the team. For a very long part the drivers were completely alone, out there in the green hell. It was just a completely different time, also other cars. But Niki enjoyed it. I was amazed at how vivid his memories were, even though it was all a long time ago”.

The Nürburgring is a piece of German racing history, to which Vettel has also contributed.