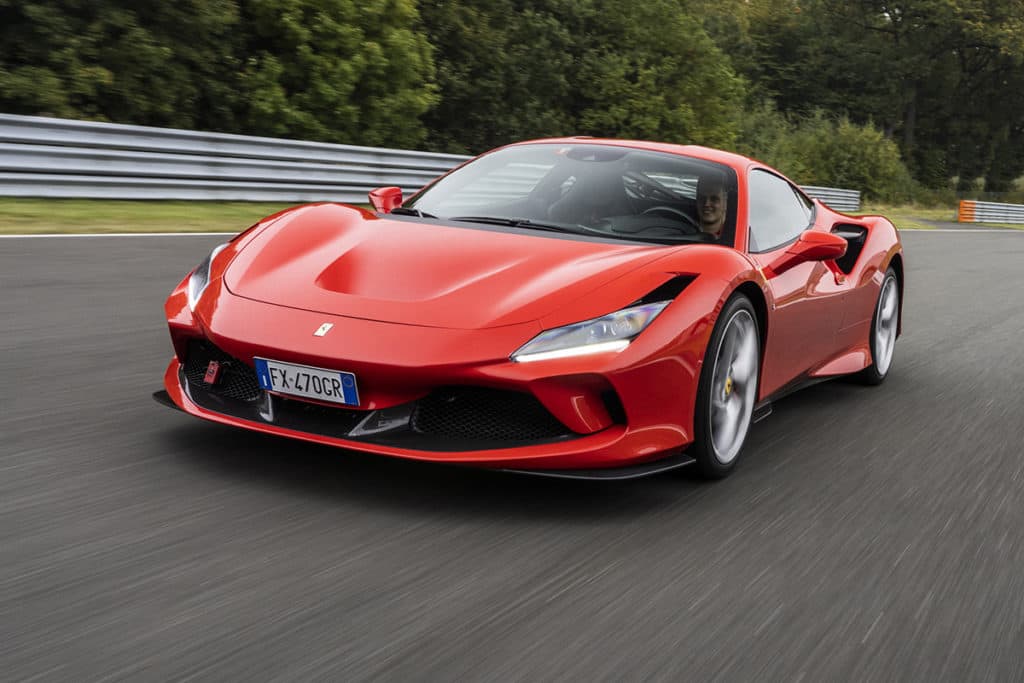 Mick Schumacher in action as guest of honor at a Ferrari customer event. His work tool: the F8 Tributo

Mick Schumacher (21) is considered a down-to-earth young man – but this car literally makes him take off: the Ferrari F8 Tributo! The son of record world champion Michael Schumacher tested the production sports car last week during a Ferrari VIP weekend at Bilster Berg. His comment on Instagram: “Cruising above the clouds”.

Mick Schumacher is a driver in Ferrari’s junior academy and as such also involved in PR and track activities of the brand from Maranello, this time as guest of honor at a VIP customer event. And all this on one of the most beautiful race tracks in Germany. The Bilster Berg was designed by F1 track architect Hermann Tilke. A total of 44 tubs and crests, each with a height difference of 102 meters, climb up and down. A small Nordschleife so to speak.

At the end of the driving event he wrote: “What fun to test this car. Too bad it’s not mine.” Last year, the young German driver had admitted to F1-Insider.com He does not actually own a Ferrari yet. “If I had one, I would drive it,” revealed Mick at the time. “In the end, I grew up with this dream of the red car and the dream continues.

What’s special about the F8 Tributo is that the engineers have developed a dedicated channel to transmit the V8 sound directly into the cockpit. Mick Schumacher drove the car on the in-house track in Fiorano as early as 2019 and was enthusiastic about it at the time when he told “Ferrari Magazine”: “The Ferrari sound has always been the hammer. To be honest, I’m surprised how much speed you can get out of any curve without the car offering much resistance”.

The predecessor of the car was still co-developed by his father Michael. The son describes the result in the next generation as follows: “This car gives you the feeling of constant control, which is really very pleasant. Whenever you open the steering even one lane too far, the car makes up for it”.

Schumacher junior is visibly proud of his father’s genes, which he also senses in the F8 Tributo: “I can feel my father’s DNA directly in every Ferrari,” he says. “And that simply fills me with pride.”

The father would also be proud of his son. Mick Schumacher leads the Formula 2 table. A cockpit at Alfa Romeo beckons him for 2021. Haas is also keen on the young German, team boss Günther Steiner: “The name Schumacher is one of the biggest names in Formula 1. Mick is also a very good driver and leads Formula 2. He is very strong this year. Who wouldn’t want a Schumacher, especially in this form?” On November 28, Mick will continue in Bahrain.