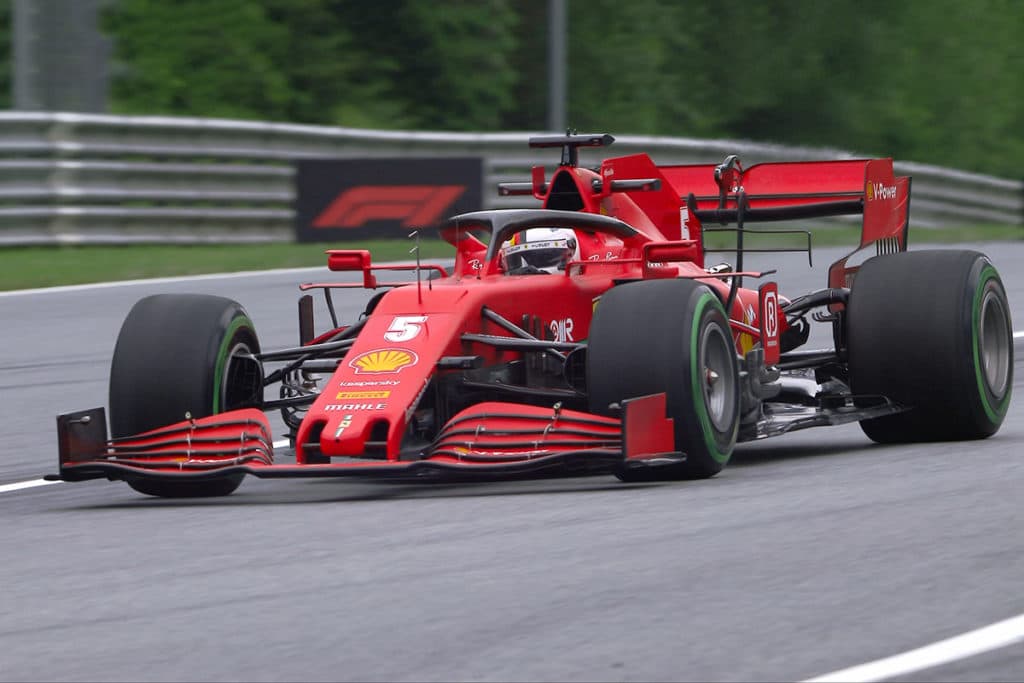 The wild romance has now turned into a War of the Roses. Sebastian Vettel (32) has made sure with his statements in Austria on Thursday that the signs at Ferrari are already pointing towards a storm before the first race on Sunday.

Vettel was tired of carrying Ferrari’s PR act further. Starting with the engine, where the FIA has found irregularities over the last two years and forced the Scuderia to re-equip the engine for 2019.

Vettel remained silent. In solidarity with his team. He didn’t like it because he didn’t want to win in this way. He didn’t have to – almost happily. Because despite the unallowed increase in performance, Ferrari has never been able to build the four-time world champion a car with which he could have clinched his fifth title since Vettel’s debut season in 2015.

In no season did the German have the weapons to go into battle with the superior duo Mercedes and Lewis Hamilton at eye level for more than a whole season. Nevertheless, he defended Ferrari, praised them, and tried to motivate them again and again.

Vettel also swallowed it when he was betrayed by new team-mate Charles Leclerc in 2019. Even at the height of hostility, when Monaco refused him the important slipstream in Monza despite prior agreement, he did not see red in public. Only in a familiar private circle did he make it all too clear what he thought of Leclerc’s machinations and the team leadership

How hard it must have hit him afterwards that Leclerc got a “pension contract” with Ferrari. A clear sign of who you want to rely on in the future and in what way you want to be successful.

In the beginning the German was silent, when team boss Mattia Binotto gave his view of the missed contract extension. Binotto anointed himself in public. At the Barcelona test, Binotto said, smiling cheekily into the camera, that the Vettel-Leclerc duo is the best pairing in Formula One and that Vettel is the first option when it comes to the cockpit alongside Leclerc. The separation at the end of this year, it was later mediated, was agreed by both sides after long discussions.

That was one verbal exaggeration too many. In Austria, Vettel objected and revealed that he had received a phone call from Binotto in May, where he was confronted with a fait accompli. Vettel’s plain language: “In all the time before, I had been told time and again that they would like to continue with me. Nevertheless, there were never any contract discussions. It never came to that in the first place. That’s why I was extremely surprised to get the call.”

These sentences were more than words. They hit Ferrari to the core. They unmasked Binotto and Co. And they can’t be taken back, the situation can’t be fixed. Ferrari must now try to master the chaos. Vettel is not expected to give in. But there are at least eight races to go, a full season.

It is difficult to imagine that the War of the Roses will become a romance of convenience again. Alain Prost was sacked by Ferrari in 1991 in the middle of the season – because of that sentence about a faulty power steering: “My Ferrari drove like a truck today.”

At Ferrari, the spirit of old Enzo still lives on. He’s worshipped like a god, so criticism of Ferrari is ergo like blasphemy. Nevertheless, Sebastian Vettel chose truth. For this he deserves all the respect he can get. Whatever happens: whether he finishes the season, whether he gets a contract next year or not. Vettel can look in the mirror and leave the premier class with his head held high.